6. oldal
Mary Lee at three was perhaps too young to count ... it honored the memory of a youthful fiancÕ who had been lost at sea , and perhaps it was an unlucky omen , for this child also died , shortly after Thomas was born .
32. oldal
Perhaps he might go on the railroad for a year , or perhaps , after all , it would be better that he should be a professor . Edward Clarke from his class was going out to the island of Fayal , Portugal , for three years as tutor in the ...
298. oldal
Lying in bed he wrote his autobiography , Cheerful Yesterdays , a remarkable book however viewed , but perhaps especially so in view of the circumstances . It is , as the title his wife proposed promises , determinedly and at times a ... 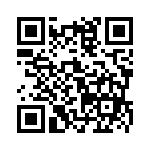