52. oldal
In Heroard's diary, which allows us to follow Louis XIII's childhood day by day, we
read in the entry for June 28th, 1602 (Louis XIII was nine months old at the time): '
Leading- strings have been attached to his robe to teach him to walk.'8 The ...
62. oldal
Although the child concerned was a Dauphin of France, the future Louis XIII, his
case remains typical for all that, for at Henri IV's court the royal children,
legitimate or illegitimate, were treated in the same way as all aristocratic children,
and ...
429. oldal
40 Mere, Œuvres, edited by C. Boud- hors, 3 vols, 1930, Preface. 41 Sicard, Les
…tudes classiques avant la RÈvolution, 1887. ** G. Dupont-Ferrier, La vie
quotidienne d'un collège parisien, Clermont- Louis-le-Grand, 3 vols, 1921.
Registers of ...

I can't remember when I first picked up this book, but it's one that made a deep impression on me because back in my teens I had little appreciation for how deeply alien the past can be. This book is ... Teljes ÈrtÈkelÈs elolvas·sa 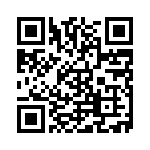