119. oldal
He was what used to To his credit were a number of be called a confirmed bachelor ' , translations and annotated editions fond of boys as such and frightened of Latin and Greek texts , including of women , whom he called ' female plays ...
120. oldal
Outside the classroom , Mr Balgarnie encouraged and guided the English reading of boys eager to read , introducing them to Stevenson , Kipling , Wells , Anstey and others now forgotten . Fiction was not prominent on the bookshelves of ...
533. oldal
The Captain painted and , apart from the Boy , the crew settled into comfortable ruts . ... was of a different mind about sailing with unwilling shipmates , and when he discovered the Boy's feelings , signed him off without more ado . 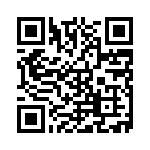