32. oldal - The great secret of morals is love ; or a going out of our own nature, and an identification of ourselves with the beautiful which exists in thought, action, or person, not our own. A man, to be greatly good, must imagine intensely and comprehensively ; he must put himself in the place of another and of many others ; the pains and pleasures of his species must become his own.
1814 és 2008 között 552 könyvben jelenik meg
58. oldal - The steersman's face by his lamp gleamed white; From the sails the dew did drip Till clomb above the eastern bar The horned Moon, with one bright star Within the nether tip. One after one, by the star-dogged Moon, Too quick for groan or sigh, Each turned his face with a ghastly pang, And cursed me with his eye. Four times fifty living men, (And I heard nor sigh nor groan) With heavy thump, a lifeless lump, They dropped down one by one. The souls did from their bodies fly, They fled to bliss or woe!...
1805 és 2007 között 560 könyvben jelenik meg
Továbbiak
64. oldal - O happy living things ! no tongue Their beauty might declare: A spring of love gushed from my heart, And I blessed them unaware: Sure my kind saint took pity on me, And I blessed them unaware.
1798 és 2007 között 911 könyvben jelenik meg
65. oldal - By thy long grey beard and glittering eye, Now wherefore stopp'st thou me? 'The Bridegroom's doors are opened wide, And I am next of kin; The guests are met, the feast is set: May'st hear the merry din.
1817 és 2007 között 248 könyvben jelenik meg
100. oldal - Lord, and set me down in the midst of the valley which was full of bones ; and caused me to pass by them round about ; and, behold, there were very many in the open valley ; and, lo, they were very dry. And he said unto me, Son of man, can these bones live ? And I answered, O Lord God, thou knowest.
1779 és 2008 között 699 könyvben jelenik meg
152. oldal - At this moment, painful as my reflections were, the extraordinary beauty of a small moss, in fructification, irresistibly caught my eye. I mention this, to show from what trifling circumstances the mind will sometimes derive consolation ; for, though the whole plant was not larger than the top of one of my fingers, I could not contemplate the delicate conformation of its roots, leaves, and capsula, without admiration. Can that Being...
1782 és 2008 között 184 könyvben jelenik meg
35. oldal - Though our brother is upon the rack, as long as we ourselves are at our ease, our senses will never inform us of what he suffers. They never did, and never can, carry us beyond our own person, and it is by the imagination only that we can form any conception of what are his sensations.
1759 és 2008 között 177 könyvben jelenik meg
24. oldal - The winds roared, and the rains fell. The poor white man, faint and weary, came and sat under our tree. He has no mother to bring him milk; no wife to grind his corn.
1782 és 2007 között 356 könyvben jelenik meg
32. oldal - So that it will be the wish of the Poet to bring his feelings near to those of the persons whose feelings he describes, nay, for short spaces of time, perhaps, to let himself slip into an entire delusion, and even confound and identify his own feelings with theirs...
1802 és 2008 között 239 könyvben jelenik meg
26. oldal - In spite of difference of soil and climate, of language and manners, of laws and customs: in spite of things silently gone out of mind, and things violently destroyed; the Poet binds together by passion and knowledge the vast empire of human society, as it is spread over the whole earth, and over all time.
1802 és 2008 között 512 könyvben jelenik meg
Kevesebb

Debbie Lee teaches English at Washington State University. She is general editor (with Peter Kitson) of the eight-volume work Slavery, Abolition, and Emancipation: Writings in the British Romantic Period. 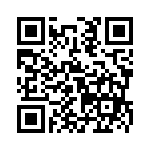