3. oldal
It is nevertheless inferior to his “ All in the Wrong : ” for there , events are more
naturally produced , and no one character proceeds to the very confines of
extravagance , like Sir Bashful Constant . Mr. Murphy wrote “ The Way to Keep
Him ...
3. oldal
Though Evander ranks as the first male character in this play , no actor likes to
appear in the part . He would rather be inferior , and less infirm . As Mr. Murphy
had much theatrical experience as well as taste , it is astonishing that the
personage ...
18. oldal
A pleasant character , this same Mr. Malvil . Bygrove . He has a proper regard for
his friends , sir . Dash . Yes , but he is often present where their characters are
canvassed , and is anxious about whispers , which nobody has heard . He knows
... 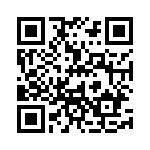