198. oldal
And , had not Heav'n the fall of Troy designed , Or had not men been fated to be blind , Enough was said and done t'inspire a better mind . Then had our lances pierced the treach'rous wood , And Ilian tow'rs and Priam's empire stood .
248. oldal
Stout Gloucester stood aghast in speechless trance : ' To arms ! cried Mortimer and couched his quivering lance . 1.2 On a rock , whose haughty brow Frowns o'er old Conway's foaming flood , Robed in the sable garb of woe , With haggard ...
314. oldal
All stood together on the deck , For a charnel - dungeon fitter : All fixed on me their stony eyes , That in the Moon did glitter . ' The pang , the curse , with which they died , Had never passed away : I could not draw my eyes from ...

A wonderful collection of English poems through the ages. However, the five star rating is given mainly for its influence on myself as it introduced me to English verse and the great poets. Teljes értékelés elolvasása 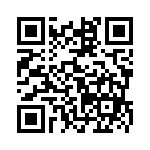