98. oldal
the station occupies a peculiar if not unique situation in being located partly in a
tunnel excavated beneath the St James's Curtain of the stupendous fortifications -
anciently the bulwark in Europe between Christianity and Islam — and partly on ...
102. oldal
The stations , of dignified pattern , backed with palm , carob , tamarisk and citrus
bushes , were shady oases on a hot ... We are told that , however reluctant the
villagers might be actually to board the train , the station always had a festive air ...
103. oldal
For foot passengers , however , it was slightly less inconvenient than Mdina
Museum , the last station on the line . The two stations were a thousand yards
apart . It was all tunnel , a straight passage through the citadel rock and along the
moat ... 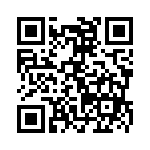