After serving four years in the United States Air Force, Robert Spearman earned a Bachelor of Arts degree in Comparative Literature from the University of Washington in Seattle. In his growing up years he flirted with drugs, atheism, agnosticism, Sufiism, leftist liberalism, etc. But, having discovered that the pursuit of drugs and intellectual man made doctrines was ?the vapor of vapors, the futility of futilities, the vanity of vanities, and the chasing after the wind, ? he converted to Judaism. Yet, he found that Judaism was not the fulfillment he was looking for. Then, at mid-life, Jesus Christ revealed Himself to Robert. In 1980, at age 50, he trashed his secular books and has devoted 25 years to the study of the Hebrew Scriptures and the New Testament. The God-Man is one man's endeavor to glorify the Lord Jesus Christ. 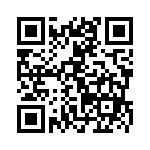