Allison P. Coudert is Professor of Religious Studies at Arizona State University. She is author of The Impact of the Kabbalah in the Seventeenth Century: The Life and Thought of Francis Mercury van Helmont, 1614-1698. Jeffrey S. Shoulson is Associate Professor of English and Director of the Program in Judaic Studies at the University of Miami. He is author of Milton and the Rabbis: Hebraism, Hellenism, and Christianity. 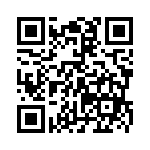