22. oldal
Henry de Malmains , although a great rebel towards the close of Henry III.'s reign , only obtaining reinstation in his estates through the intercession of the Abbot of Langdon , was yet appointed Sheriff of Kent in the beginning of the ...
63. oldal
At the earlier aid Lora Malmains , relict of Henry the sheriff , as I take it , paid for one fee at " Appleton " ( Apulton ) and half a fee at Aulkham , which she held in dower . Hasted says that Sir John Malmains willed the manors of ...
244. oldal
Stephen's wife to the throne of England may , On the other hand , Henry was , both by birth and therefore , be held to ... Edmund Ironside , was the and Matilda , Henry's mother , that while Stephen son of King Ethelred by a concubine . 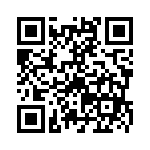