98. oldal
Rejecting his friend's advice, Mao decided to take his chances with Stalin.26 He
went to Moscow in mid-December 1949 to meet and embrace Stalin, who
greeted him coldly. Mao wanted to replace the "unequal" treaty Stalin had
negotiated in ...
159. oldal
To execute it he wanted more men than the JCS or the nervous allies could
provide. To get them, he kept asking for more troops before those already in the
pipeline arrived. Collins reminded his staff that resources were limited; they
should not ...
354. oldal
Nixon badly wanted the liberals' affection, perhaps because he knew that he had
narrowly won the election in 1968.1 He expanded U.S. domestic programs well
beyond anything Johnson had proposed. Examples included the Philadelphia ...

Dr. Norman Friedman is a defense analyst and historian specializing in the intersection of technology and national strategy. He was Deputy Director of National Security Studies at the Hudson Insitute in New York under Herman Kahn, and later was personal consultant to the Secretary of the Navy for a decade. The author of 33 books, he conducted or co-authored numerous studies, and served as a futurologist for the U.S. Marine Corps in 2002-2004. 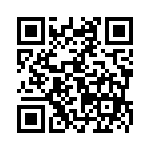