165. oldal
I sand Malay words , two hundred and eighty - five These are the prepositions which represent the cases of are common to it and to the Javanese ; and in a languages of complex structure , and the auxiliaries thousand Javanese words ...
230. oldal
... a most interesting The Zoological Society possesses a very fine and in its cavity pieces of white curd , mixed with some of the common food of the pigeon , such as and of war , they are allied very nearly , as we tribe they are .
321. oldal
CHAPTER XIV . pected , and suspected , he knew not exactly what ; | sion , invective , sarcasm , bold declamation , shrewd but the devil was not so kind to him there as that common sense , the readiness so rarely found in a father of ... 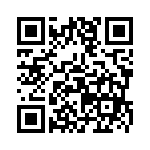