Editor-in-Chief, Dr. Michael C. Flickinger is the Associate Director for Academic Programs of the Golden LEAF Biomanufacturing Training and Education Center (BTEC) and a Professor of Microbiology and Chemical and Biomolecular Engineering at North Carolina State University, Raleigh.
Dr. Flickinger was Director of the University of Minnesota's Institute for Advanced Studies in Biological Process Technology, which was later renamed the Biotechnology Institute ), and a Professor of Biochemistry, Molecular Biology and Biophysics at the University of Minnesota, St. Paul. Prior to coming to Minnesota Dr. Flickinger was Director of the Fermentation Program at the National Cancer Institute in Frederick, Maryland.
Dr. Flickinger received his academic training at the University of Wisconsin, Madison.?(B.S.?(1973) in microbial biochemistry;? M.S. (1975) and Ph.D.?(1977) in pharmaceutical biochemistry.)? He did his postdoctoral work at the Laboratory for Renewable Resources Engineering? in the School of Chemical Engineering, Purdue University.
He is Editor-in-Chief of the Encyclopedia of Industrial Biotechnology (Wiley, 2010) and Co-Editor of the Encyclopedia of Bioprocess Technology: Fermentation, Biocatalysis and Bioseparation (Wiley, 1999). 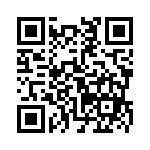