63. oldal
He ran in , and " Och , Jamie , " he said in English , there was a crowd of women bending half to his son , half to himself . over her ; one had turned away and “ Your mother — women are the devil . was weeping silently .
168. oldal
Margery wrote in ber diary Herbert Allingham , that gentle for the day , ' Not much of a chap ' , austere man , living half in a world a very mild judgement on my conin which dream daughters were descending pomposity , and for my turned ...
346. oldal
Half the opposing side keeper and carried to the boundary . looked like men at an audition for Unsettled by the attack , or possibly Hook's company in Peter Pan , the intoxicated by the revelation of a other half might have come from ... 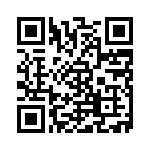