6. oldal
It recurred on 23 January after a partial thaw ; on 27 January heavy snow
delayed traffic and blocked roads in Kent, Devon, and Yorkshire ; snow storms in
the South continued for some days, and on 29 January the whole of Britain froze.
32. oldal
Britain, in a Note presented in January, insisted that these ' obligations ' to turn
over to the Warsaw Poles the troops, funds, and archives of the former Polish
Government in London, were in fact no more than recommendations of
procedure.
227. oldal
The 80th Congress assembled on 3 January. The House soon organised itself,
electing the competent Republican leader, Mr. Joseph W. Martin of
Massachusetts, as its Speaker, and Mr. Halleck of Indiana and Mr. Rayburn of
Texas as ... 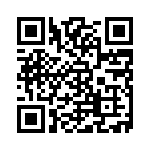