7. oldal
EDITOR'S NOTE Georg Trakl was born on February 3rd, 1887, in Salzburg,
Austria. His first mature poems date from the first half of 1910, his second year as
a student of pharmacy in Vienna. Another crucial period was the winter of 1912-
13, ...
8. oldal
Georg Trakl. death and love and regeneration enacting themselves as things fall
apart and the centre cannot hold. His poems are part of that 'inner mystical
construction' which his contemporary Franz Marc called 'the great problem of our
...
124. oldal
THE PENGUIN BOOK OF GERMAN VERSE, edited by Leonard Forster (Penguin
Books, Harmondsworth, 1957) twenty poems by georg trakl, translated by James
Wright and Robert Bly (The Sixties Press, Madison, Minnesota, 1961) modern ... 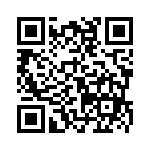