336. oldal
The tobacco they chewed Although Winchcombe and other was usually in the shape of a hard , tobacco villages had been willing to twisted rope , the thinner variety of raise the flag of revolt on Charles which was called ' pigtail ' .
391. oldal
After that , Mistress stud - horses in the stables , Malcolm Turnbull saw less and less of him , always called Challenger “ The for he was often away down in Staig ” , the name customarily given England , at Epsom and Doncaster in ...
519. oldal
Elsewhere he declared : ' I out it came , offend or please , no am sure of one thing , that a man matter what was in front of them . who lives among the so - called workIf angered , no sooner the word ing class and who has also unthan ... 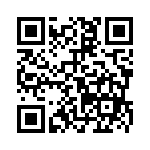