Doreen Massey was born in Manchester, United Kingdom on January 3, 1944. She was educated at Oxford University and later received a master's degree in regional science at the University of Pennsylvania. She began her career working for a thinktank, the Centre for Environmental Studies (CES), in London. Her work with CES revealed several key analysts of the contemporary British economy. When CES closed, she became a professor of geography at the Open University and worked there until her retirement in 2009. She wrote and edited numerous books during her lifetime including For Space; Space, Place and Gender; and World City. She died on March 11, 2016 at the age of 72. 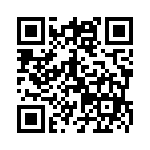