Tocqueville between two worlds: the making of a political and theoretical life

Best known for his groundbreaking study Politics and Vision (1960), Wolin has been an influential political philosopher for over 40 years. In this massive masterwork, he examines the "theoretical ... Teljes ÈrtÈkelÈs elolvas·sa

Sheldon S. Wolin is Emeritus Professor of Politics, Princeton University. He also taught for many years at the University of California, Berkeley. His most famous book, Politics and Vision: Continuity and Innovation in Western Political Thought, influenced a generation of political theorists. 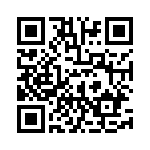