7. oldal
As Marco says , With cities it is as with dreams : everything imaginable can be dreamed , but even the most unexpected dream is a rebus that conceals a desire or , its reverse , a fear . Cities , like dreams , are made of desires and ...
84. oldal
Throughout her stay in the Etrurian Athens , she strives to abide by the puritan " strictness of conscience " that Arnold opposes to the Hellenist " spontaneity of consciousness " ( Culture and Anarchy 132 ) ; as Alan Wilde says ...
191. oldal
... that is to say , in which nothing that has once come into existence will have passed away and all the earlier ... at home and jostle one another is , more than any other city , a world in miniature , " says Arthur Symons ( 52 ) . 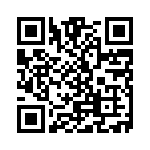