13. oldal
... of a domestic tyrant in private — a character in all haste , while the horse , giving one long , by no means inconsistent with the blandest blundering stagger , fell over and died , and demeanor in public .
176. oldal
It was a profligate and great difficulty in understanding the character Machiavellian age , when marriages were disof a consummate hypocrite , and we own we solved , and bigamy , under the name of refind as much difficulty in ...
476. oldal
Sir Walter Scott is Professor other hand , the old ballads are the best illus- Aytoun's favorite poet , precisely because he trations of the theory of poetry , which , a few does not forget the ancient minstrel character . years ago ... 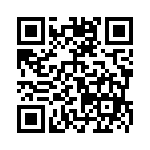