Informative, clarifying where some current assumptions about Victorian women go wrong (and quite in line with Gathorne-Hardy in that respect in spite of a considerable difference in time!) due the ... Teljes ťrtťkelťs elolvasŠsa

249. oldal - PRINCIPLES of EDUCATION Drawn from Nature and Revelation, and applied to Female Education in the Upper Classes. By the Author of
1837 ťs 2008 kŲzŲtt 442 kŲnyvben jelenik meg

Joan Perkin teaches women's history at Northwestern University. She is the author of It's Never Too late: A Practical Guide to Continuing Education for Women of all Ages, and Women and Marriage in Nineteenth-Century England. 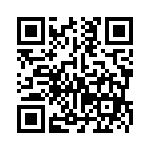