6. oldal
Act . 1693 . great charter of confirmation from King Henry I. , Many of them if not the most , do from their pulpits ... and year revile the Bishops & Church of England with the bitterest that King Henry's son William , Rex designatus ...
17. oldal
I suppose he was one of the authors and Christian fathers , one would imagine Norman knights who went to Ireland with Strong- that the practice of “ personification ” must have bow or Henry III . Is it the fact that this Fitz - Henry ...
298. oldal
His son and successor , work lid , through which the corpse might be seen Ralph , died 43 Henry III . Ralph , his son , who when the pall was drawn aside . adhered to Simon de Montfort , Earl of Leicester , 5. 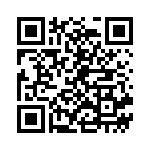