15. oldal
It was now raining and cold and we seemed in the dark to be very near the hill . At 12 midnight , a whispered order was passed round to get up , fix bayonets and , on a given word , to take the position . It never came off .
85. oldal
DeJohannes Faurie , a poor farmer tective Hill , who had been stationed living near the Premier Mine . By at the Premier Mine , accompanied this time the rumour had gone round Dr van Wyk and Faurie to the meetthat the missing half had ...
259. oldal
People sometimes pointed this out to him , but defeated by the thoughts of the hill , they generally went on buying from him . “ I've noticed that hill , ” said Molly thoughtfully , toying with her coffeespoon . 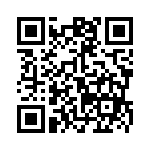