178. oldal
The writer in The Queen says , evidently as an argument for the authenticity of the head : “ the flesh has been embalmed , which would not have been the case with the remains of an ordinary person . " But the embalming , though the ...
180. oldal
He told me , in contradiction to my remarks , that chestnut hair never turned grey ; that he had a lock of hair , at his country house , which was cut from the Protector's head on his death - bed , and had been carefully passed down ...
265. oldal
He says also that , " almost every penny show had its real , actual , old , original , identical Cromwell's head . " As penny shows have always been very numerous , the heads must of course have been very numerous also . 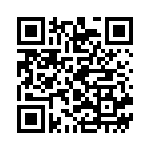