John Flavel (c. 1627-1691), an English Presbyterian clergyman, theologian, and author, was born at Bromsgrove in Worcestershire, England, the elder son of a minister. After receiving his early education partly at home and partly at the grammar schools of Bromsgrove and Haslar, he attended University College, Oxford. He served as a minister in various locales and also preached to followers privately in his home. He was a prolific writer, and his works are still being published today. His best-known works include Keeping the Heart, The Mystery of Providence, and The Fountain of Life. 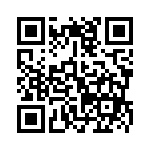