179. oldal
The dog looked exhausted , it was covered with matted blood ; pine - needles stuck to its mud - caked coat , a dirty bandage was bound high on its left foreleg . Speaking gently to the animal , the gendarme took off his thick leather ...
194. oldal
For except for the trim tea - bushes that covered the slopes , and which at once inspired the men to talk shop , we might have been driving in Scotland , or in Wales . And I was well content to look over the lovely valleys to the high ...
345. oldal
Above the surface , visible between the combers , protruded a jagged foot or two of brown weed - covered rock ; then there was a gap as wide again , and then another tooth , nothing more , not even enough to stand on in calm weather . 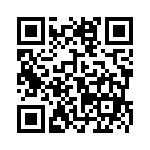