290. oldal
tutor , his dislike of the French , and his apprecia- vessels in question were made of ash timber , which , tion of the English ; but it says not a word about from its toughness and fine grain , is peculiarly the duel .
406. oldal
And so , again , in French we have says , “ And discourse fustian with one's own grand ' mère = grandmother and old woman ; whilst shadow , ” II . iii . in Lat . avus , in Ital . nonno , and in French grand- It would seem that gradually ...
471. oldal
It is noticeable that for brother had borne the Medici arms with the French the French augmentation in chief there is some augmentation his only claim to that coat could times to be found substituted a plate charged with have been ... 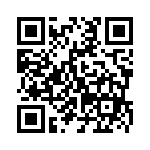