We all know the literary and Hollywood image of pirates as one-eyed, rum-swilling brutes sailing the seas in search of booty. While that has some basis in reality, no one ever really walked a plank or ... Teljes értékelés elolvasása 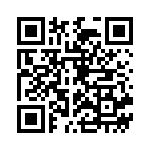