58. oldal
I stopped . The silence was horrible , broken only by the small , harsh sound of my own breathing . ... After a few crouching steps I suddenly spun round and , taking ignominiously to my heels , did not stop until I reached the road .
232. oldal
I watched him as we walked , his pipe clenched in his teeth , his raincoat flapping as he ambled along . He plunged into traffic , ignoring it completely , but he stopped to give way to a fat old peasant woman in a very dirty black coat ...
373. oldal
“ When they signal you to stop , drive clear of other lorries before halting , turn out all lights , but keep the engine running . ... Immediately I stopped the lorry , two policemen came towards us , presumably to search it for fruit . 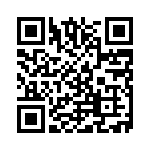