4. oldal
The beginning will be visible generally in Asia , the Indian Ocean except the eastern part , Europe , Africa , the Arctic regions , the Atlantic Ocean , North America except the western and northwestern parts , and South America ept the ...
33. oldal
13 Th . Indian Summer The story of the cutting of begins don't our great forests was , at its 14 Fr. America reached Tides 59.2 beginning , one of planless Pacific 1805 18.5 you brigandage - total cutting of 15 Sa.
73. oldal
Welsh Discovered U.S. Legend it that one Madoc , son of Owain Cwynedd , of North Wales discovered America in 1120. He went back to Wales , and afterwards with some followers made a second trip , and was never heard of again . 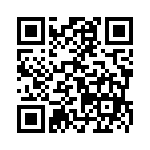