29. oldal
Throughout the early centuries of the Middle Ages , the priests , monks , and friars had been an influence for good . But the power of the Church was declining and the ideals of the early churchmen , it seemed , were being forgotten .
206. oldal
Chapter 18 PROSE WRITERS OF THE EARLY NINETEENTH CENTURY At the beginning of the eighteenth century , Addison and Steele introduced the modern form of the essay . About one hundred years later there came a similar period when Lamb ...
239. oldal
Such stability and security as there had been was over for Charles , but fortunately during his early years he had read eagerly many novels including Robinson Crusoe , Tom Jones , Roderick Random , Humphry Clinker , Peregrine Pickle ... 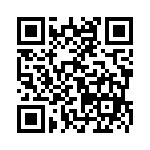