68. oldal
Most of these forms also appear in other non-Judahite dialects of Canaanite (e.g.,
Phoenician, Ammonite, Mo- abite, Deir cAlla)10 and/or in Aramaic. The
conclusion to be reached is that in regions of Israelite settlement away from
Jerusalem ...
87. oldal
Moreover, the relatively small geographic area covered by ancient Israel (in
contrast to the aforementioned English-, German-, and Arabic-speaking areas) is
no reason not to assume regional dialects. The United Kingdom, for example, is
one ...
215. oldal
epsilon in such hexaplaric forms regularly reflects early short */', and since
neither Philippi's Law nor the qatqat > qitqat dissimilation operates in the
hexaplaric "dialect," these forms, as noted by Lambdin, "unambiguously require *
qittil- and not ... 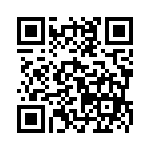