57. oldal
A query addressed says :to the Editor of Somerset and Dürset Notes As between the grammar school master and and Queries ( Witham Frary , Bath ) would the chancellor and archdeacon , the decision was te sure to be answered . that the ...
124. oldal
A smaller THE DEATH OF RICHARD SHAKESPEARE . spire , which stood originally at the inter- ATTENTION was drawn to Snitterfield in section of nave and transepts , was demo- Dec. , 1559 , by the death of Master Thomas lished in 1767.
181. oldal
Welshman , Master Lewis ap Williams , ironQUERIES : - The O'Flaherty Family , Kings of Connaught , monger in High Street . The Head Alderman , 183 - St . James's , Bury St. Edmunds -- Cheval or Chevali was Master Robert Perrott the ... 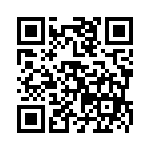