122. oldal
While the considerably , are in practical agreement victory was yet unachieved , regarding the great slaughter of the French brought to Henry that the enemy by the invaders in this amazing battle . attacking his rear , and had , indeed ...
123. oldal
The English king , rushing forward Launson et autres sieurs ) . " The Latin lan- to protect his brother , himself received . guage yields to French with Monsieur Dam- a blow which brought him to his knees . piere - the first of the ...
397. oldal
LAUGHTON's presumption that the has the sound of English j , and not of French j , would be right if reversed . The g has the sound of French j , and not of English j . The stress , or accent , is on the antepenultimate . H. RAYMENT . 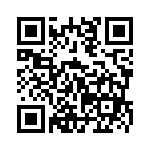