94. oldal
"Wo believe they do not very much lessen the real average of charity or goodwill
in the world ; the Pomish Church is, we hope, not quite made up of such men as
Mr. Allies, Father Harper, or Archbishop Manning. At any rate, their words and ...
440. oldal
Dr. Buchanan quotes the grand and magnificent words of Anselm ; and that great
doctor of the old Romish Church expresses in them the colourless light of the
purest Protestant doctrine : — " Dost thou believe that thou canst not be saved but
...
463. oldal
We will not believe that because we with our faith can believe Dr. Manning to be
a Christian, and we hope, ultimately, an heir of immortal glory,^and he believes
us to be only children of wrath, and everlasting damnation, that therefore we ... 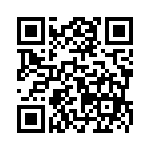