Max Lucado (born January 11, 1955) is a best-selling Christian author, and Minister. He was educated at Abilene Christian University. Lucado has been pastor of the Oak Hills Church of Christ in San Antonio, Texas, since 1988. He also hosts UpWords, a fifteen minute radio show that can be heard in thirty states. Lucado has authored almost 100 books, three of which were listed as top ten books on the Christian Booksellers Association list. His book, When God Whispers Your Name, was the number one hardcover book for eight months. His book You'll Get Through This: Hope and Help for Your Turbulent Times made the New York Times bestseller list in September 2013. He made this bestseller list again in 2015 with his title Miracle at the Higher Grounds Cafe and again with Glory Days: Living Your Promised Land Life Now. His latest book is Because of Bethlehem Christmas Coloring Book: Love is born. Hope is here. Anxious for Nothing, and Unshakeable Hope.. 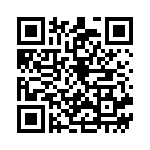