A massive tome that, although abridged, still packs a punch. This has all the things to like about the unabridged version. The chapters dive into the mythologies and symbology that ancient societies ... Teljes ÈrtÈkelÈs elolvas·sa

The Golden Bough is a book most often encountered in bibliographies. If you have ever read a book of comparative religion it was probably lurking quietly, or not so quietly in the works cited. If one ... Teljes ÈrtÈkelÈs elolvas·sa

SIR JAMES GEORGE FRAZER (1854-1941) was one of the arly pioneers in the sociological study of religion. He began his career as a classicist but it is for his work in social anthropology that he is best remembered. His most famous work, The Golden Bough first appeared in 1890 in a two-volume edition but was twice revised and expanded, the third edition appearing in twelve volumes in 1911-15. Frazer's other works include Psyche's Task, Totemism and Exogamy, The Belief in Immortality and The Worship of the Dead and Folklore in the Old Testament. 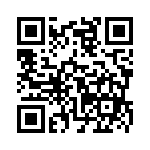