36. oldal
Exactly an hour and a half after I arose — it always took an hour and a half , right to the minute , to cook and make preparations - I bolted the door behind us and we moved up the scree slopes , ropes slung on shoulders , axes clinking ...
153. oldal
Joseph , he told Fox , had moved his hands before his face and tried to escape in the boat , but he chest in what might have been the had prevented him . Then Joseph dim descendant of the gesture of the had run into the jungle . Cross .
276. oldal
The ' tramlines ' moved closeruncomfortably close . “ And ' oo does the chuckin ' ' aht ? ” Which , I thought in the circumstances , was a good question . Then , to my astonishment the taller man wheedled -actually wheedled , “ Aw come ... 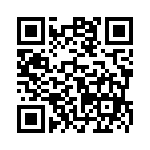