116. oldal
... instead of Portugal and Europe , there is China and Asia , with dirty , crowded tenements , an incessant babble of noise , people swarming everywhere and , of course , the pungent , never - to - be - forgotten smells .
219. oldal
However , as this was to be such a big occasion , we had to go out to mark the course exactly , so that the crowd would know where to congregate to see the finish . Off we went towards the airstrip , about three miles from the south ...
405. oldal
Once outside the river I could make a straight course to pass well west of the Roche and settle to a fast run in the rising gale - so I had planned it . We were clear of the outer rocks when it happened . There was a jerk and a jangle ... 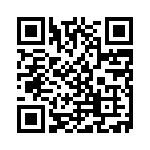