Jeongmee Kim is a Senior Lecturer in Film and Television studies at Manchester Metropolitan University, UK. She has published in such academic journals as Critical Studies in Television and Media, Culture and Society. 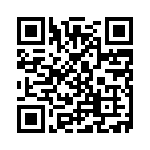