38. oldal
The Preface is worth quoting , perhaps , and he gives as his authority Cardinal Simoneta in part :I presume the book referred ... as the latter contains the three cannot better recommend it to the reader , than by secrets there quoted .
171. oldal
... translation he could of Aldhelm's epigram , and And the lonely widow weeping with her children gathered with that view he wrote a letter to Robert Surtees , round . dated from Gray's Inn , 5th of July , 1803 , wherein he quoted the ...
234. oldal
He was afterthis is not the first time it has been quoted in wards Rector of Stockport , and in 1717 published reference to the nobleman in question , for some in Latin verse IIEPI APSN Libri Septem . time ago , in the House of Lords ... 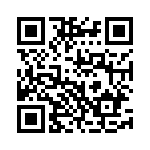