79. oldal
... is contemptuously referred to , to show ... that he [ Milton ) had now adopted the puritanical savageness of manners " ( " savageness , " to be sure , in the sense of barbarousness , lack of cultivation , rather than of violence ) .
88. oldal
It is true that Johnson was a “ High Church ” Anglican , in the eighteenth - century sense of “ High Church ” -the sense in which the Wesleys and William Law were “ High Church " : they took their religion very seriously and insisted on ...
137. oldal
Language is only the instrument of science , and words are but the signs of ideas " — ideas " here in the Berkeleyan sense , not the Platonic : that is to say , sense impressions . And , as the empiricist knows , apart from divine ... 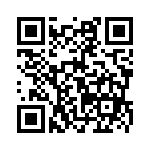