I won this as part of a Goodreads giveaway and what a fantastic set of short books they are, 15 of them so far, in which Shakespeare's plays are broken down to the essentials so that short (30 minute ... Teljes értékelés elolvasása

Nick Newlin: Nick Newlin has been a performer, writer and arts educator for international audiences for 30 years. Since 1996, he has conducted an annual Play Directing residency affiliated with the Folger Shakespeare Library in Washington, DC. Nick has a BA from Harvard University with Honors 1982 and an MA in Theater from The University of Maryland with an emphasis on Play Directing. Mr. Newlin now has 20 plays in The 30-Minute Shakespeare series, plus The30-Minute Shakespeare Anthology: 18 Student Scenes with Monologues. In 2017 Mr. Newlin collaborated with Emmy Award winning The Simpsons writer Mike Reiss on a new play Shakespeare's Worst", which had its world premiere at Bristol Shakespeare Festival in the UK in 2017. Shakespeare's Worst played in Summer 2018 at Utah Shakespeare Festival. Summer 2019 Shakespeare's Worst will be produced by Capital Fringe Festival at Washington DC's Arena Stage. The Nicolo Whimsey Show has performed at The Smithsonian's Discovery Theatre where they were honored with Legacy Artist award, The National Theatre in Washington, DC, and the White House William Shakespeare 26 April 1564 - 23 April 1616was an English poet, playwright and actor, widely regarded as the greatest writer in the English language and the world's greatest dramatist.He is often called England's national poet and the "Bard of Avon".His extant works, including collaborations, consist of approximately 39 plays,154 sonnets, two long narrative poems, and a few other verses, some of uncertain authorship. His plays have been translated into every major living languageand are performed more often than those of any other playwright.[ Shakespeare was born and raised in Stratford-upon-Avon, Warwickshire. . Sometime between 1585 and 1592, he began a successful career in London as an actor, writer, and part-owner of a playing company called the Lord Chamberlain's Men, later known as the King's Men. His early plays were primarily comedies and histories and are regarded as some of the best work produced in these genres. Until about 1608, he wrote mainlytragedies, among them Hamlet, Othello, King Lear, and Macbeth, all considered to be among the finest works in the English language. In the last phase of his life, he wrote tragicomedies (also known as romances) and collaborated with other playwrights. Throughout the 20th and 21st centuries, Shakespeare's works have been continually adapted and rediscovered by new movements in scholarship and performance. His plays remain popular and are studied, performed, and reinterpreted through various cultural and political contexts around the world. 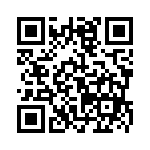