169. oldal
As there appears to be some division of opinion as to the manner in which the following quotation ought to be emphasized , will any of your readers explain the correct rendering , and the authority upon which he dates his information ?
236. oldal
REES's instrument , which bears the date 1709 , and the ticket appears to be spurious , for , if correctly copied , it is neither Latin , Italian , nor French . Forster , p . 209 , quoting from the " Luthomonographie , " copies a ticket ...
416. oldal
There are accounts of the originals , where existing , and it appears that the authority for Henry IV . is a portrait at Hampton Court , in Herefordshire . I still want to know the name of the head - dress , if there be one . 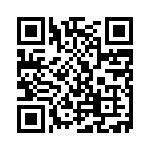