Jinwung Kim is Professor of History at Kyungpook National University in Taegu, South Korea. He has published widely on South Korean–U.S. relations, with a particular focus on South Korean perceptions of the United States. 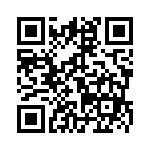