159. oldal
Oranges, lemons, raisins, grapefruit, nuts, lumber, and other native products,
produced in small units, are pooled, graded, ... though carried to great lengths
and affecting the thinking of a whole community, would not produce such striking
and ...
248. oldal
The speculator on the produce exchange who contracts to sell at some future
time wheat which he does not own and does not intend to grow is also a short
seller. He is not quite like either the sharper or the wheat grower who sells his
own ...
328. oldal
The same power that produces the ordinary cruising speeds of 100 and 125
miles an hour at our usual flying levels would easily produce many times that
speed in the thin upper air. But our present aircraft are dependent on air density. 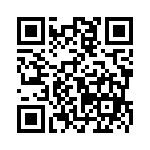