169. oldal
and that they were predominantly literary in nature. On the other hand,
translations from Indian languages into Oriya (from Kannada, Tamil, Marathi,
Punjabi, and especially Bengali) remained relatively constant throughout the
period of twenty ...
254. oldal
a way that earlier ideas or ideals of universalism had not. Thus, in a paradigmatic
departure, the translation of a literary text became a transaction not between two
languages, or a somewhat mechanical sounding act of linguistic "substitution" ...
280. oldal
Her translations from Hindi, French, and Rajasthani, and essays on the theory of
translation, have appeared in journals such as Bucknell Review, Genre, Studies
in Twentieth Century Literature, The Iowa Review, Poetry Review, and Words ... 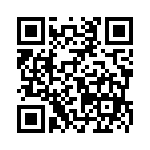