15. oldal
In these lands, particularly in the East, would be many Jews who had been exiled
from Palestine many years before and others ... Jewish communities were soon
to be found in such places as Syria, Antioch, Damascus, Asia Minor, Macedonia,
...
35. oldal
E. Herod and the Romans In 63 B.C., then, the Jews lost their independence
when Pompey once again brought them 'under the yoke of the heathen'. From
that time forward the spirit of Jewish nationalism sprang into revolt and continued
right ...
46. oldal
... then, in F a summons to rise in defence of the Torah which was to the Jews |
the very embodiment of their religion. ... very roots of the Jewish faith. which
found expression in the sacred Torah, and so had to be resisted with all their
powers. 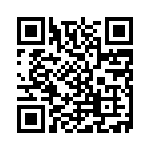