97. oldal
It is called the equation of centre and is a function of one variable, the mean
centrum c,,, = 1,, — A, where 1, is the longitude of the apogee. The double sign is
necessary because negative numbers were unknown in Ancient and Mediaeval ...
183. oldal
This led to new tables of mean motion and anomaly of the Sun by means of
which Thibit was able to compare I-Iipparchos's equinoctial observations with
those of his own time. Observations of Regulus (a Leonis) made by both
Hipparchos and ...
184. oldal
The correction of fundamental constants by means of observation generally
implied the determination of small quantities. In this measurement, observational
errors were unavoidable and led, in some cases, to curious results. A historically
... 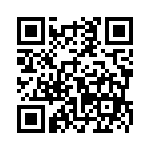